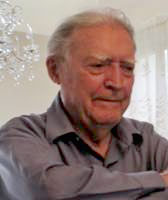 Jean Le Mée's interests range from Engineering Research, Education and Design, to Sacred Architecture and Geometry, to Sanskrit and the study of Grammar. He is Emeritus Professor of Engineering at the Cooper Union for the Advancement of Science and Art in New York City and is retired from his work as Cooper Union's Chair of the Department of Mechanical Engineering and Director of Curriculum Development and Innovation. He now spends time in continued research and occasional lecturing.

Jean's studies began in France at the Ecole Nationale de la Marine Marchande. He graduated and was commissioned in the French navy as Enseigne de Vaisseau de Première Classe. He continued his education in the United States and received the degrees of Master of Science and Doctor of Philosophy at Carnegie-Mellon University in Pittsburgh, PA.

During his career at the Cooper Union Jean has served as Project Director of the SHAPE Project (Synthesis of a Holistic Approach to Professional Education), a twenty-month study of a new approach to the education of engineers, as Project Coordinator of "Professional Competence Development in the Undergraduate Engineering Curriculum," a three-year project supported by the NSF, and as Governing Board Member and Institutional Activities Leader of the ten-year project of the NSF-the Gateway Engineering Education Coalition. 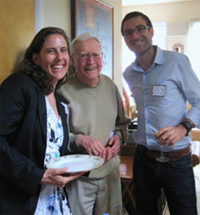 In 1993 Jean was invited by the State Technical University of Leningrad to deliver a series of lectures on Engineering Education in the United States and Europe.


Jean was Curator in 1991 of "A Better Mousetrap-Patents and the Process of Invention" an exhibition presented at the Cooper Union as a 200th birthday tribute to its founder, the inventor, Peter Cooper. This exhibition was sponsored by the General Motors Corporation and the American Heritage of Invention and Technology Magazine. In 1997 he curated another exhibition, "On the Motive Power of Fire," held at the Electrokinetics Gallery in New York and sponsored by the American Society of Mechanical Engineers and French Embassy in Washington, DC to celebrate the 200th anniversary of the birth of Sadi Carnot, the founder of thermodynamics and the 300th of Thomas Newcomen's experiments that led to the operation of the first industrial steam engine. Jean was also Co-Organizer of "Art and Mathematics 2000," an exhibition at the Cooper Union in collaboration with the International Society of Art, Mathematics and Architecture (ISAMA) and Organizer of "Fictional Engineering," an exhibition of drawings and sculptures by Stephen Talasnik at the Brooks Design Center at the Cooper Union in 2001.

Jean first studied Sanskrit at Columbia University. Subsequently he was a Visiting Senior Fellow (1978-79) at the South-East Asia Regional Studies Center of the University of Pennsylvania; a Fellow (1983-84) of the American Institute of Indian Studies in the Sanskrit Department of the University of Delhi; and a Faculty Fellow (1989-90) in the Institute for the Humanities of New York University. In 1994 he was invited to participate in the Academy of Consciousness at Princeton University (Princeton Engineering Anomalies Research Laboratory-PEAR).

Jean's interest in Sanskrit resulted in his translation into English of twelve Hymns from the Rig-Veda, a volume first published by Alfred A. Knopf in 1975 that included original photographs by Ingbert Grüttner. In 2005 this book was transformed into a quadrilingual edition with a French translation by Jean himself, a German translation by Volker Stutzer, and a Spanish translation by Gerardo del Cerro. It is available as a paperback and in a limited hardcover edition with pictures by Indian artist Prem Raval through the Jain Publishing Company.

In 1999 Jean, in collaboration with Professor M. Báez and students at the Cooper Union, was invited to participate in the New York Time Magazine's Time Capsule Competition. Their entry, entitled "The Millennium Sphere or Ariadne's Clew," was a finalist and the project exhibited at the Museum of Natural History in New York City. A model of the "Millennium Sphere" was subsequently displayed in the nave of the Cathedral of St. John the Divine in New York. The complete catalogue and videos accompanying the project are presented elsewhere on this site.

In retirement Jean's principal research centers on the religious architecture of medieval Europe. Please click on Jean's complete Curriculum Vitae, for a comprehensive list of the articles he has written.

Jean lives in Northern New Jersey with his wife Katharine and their faithful, furry, feline friend Shanta, a source of support and interference without whom no really serious work can be done.